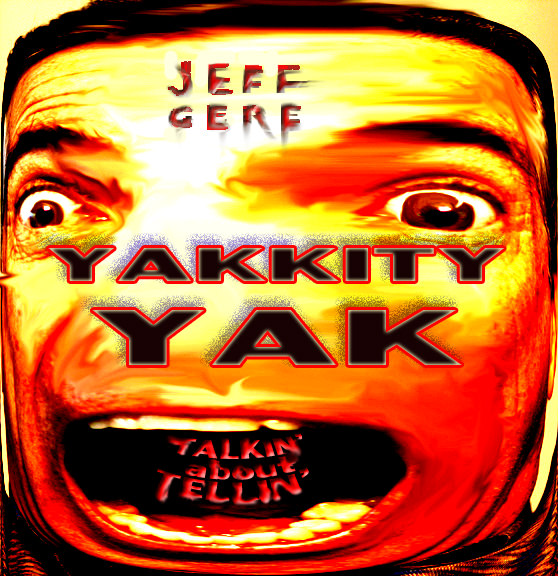 Talkin’ About Tellin’
After 20 years of constant Yakking, JEFF GERE declares his TRUTHS ABOUT STORYTELLING
with four musical alchemists!
(Word & Imagination, The Spell, & Elastic Time)
GET INSPIRED!
This Good Fun TALK STORY Primer is for
EVERYONE who loves a good story:
Tellers, Teachers, & Listeners of all Ages & Levels
Ears won’t believe what they SEE!

JEFF GERE is a master storyteller who tells and tours Hawaii and internationally all the time. Hear and see lots more at www.jeffgere.com .

MAUI MUSICIANS who contributed so wonderfully to these recordings:

YAKKITY YAK      So MUCH energy – you must have to work out as for a triathlon before telling like that! Your vocal production is really impressive and endearingly kooky – your range is wide and it is quite a skill to pull off growls like that! Your passion and enthusiasm is hard to resist- even though we Aussies are generally pretty low-key types. I find your work very inspiring.       Jenni Cargill (Australia)