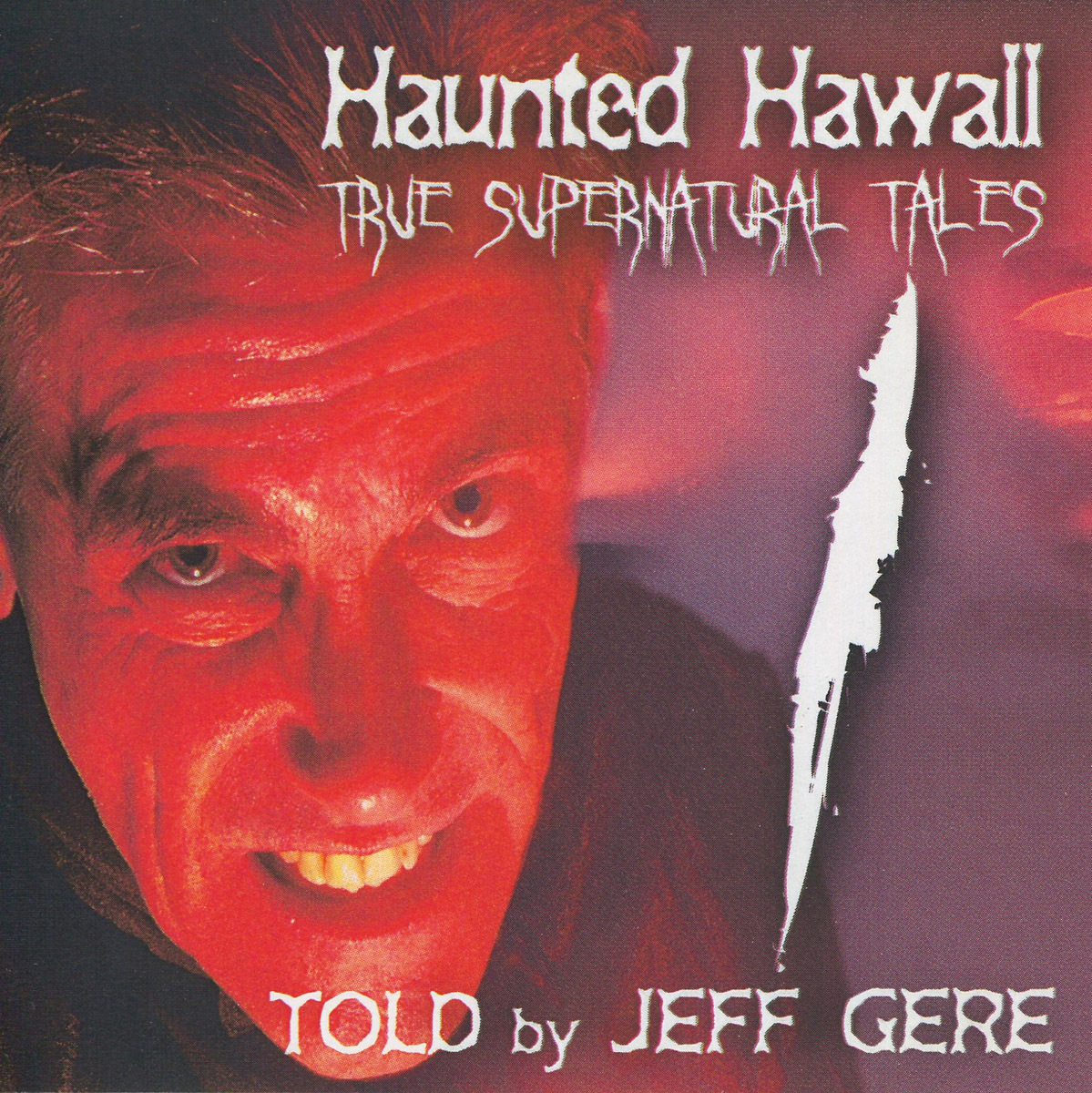 Prepare to be FRIGHTENED! This 1st collection of Hawaii’s spookiest contemporary tales features 5 true tales of people meeting PELE, the hot-blooded volcano goddess. She burns a boy, floats before another, and she visits a hula master. Two other incredible stories are told with musicians. From the Roots of Ironwood Trees, the spirits exact retribution. There are two bizarre shark tales here, and Two Tutus tells of the Hawaiian practice of deadly curses. Enjoy them … in the dark … but  NOT ALONE!

Jeff says of this gripping Live Show CD, “Humor is a release valve for the tension of fear. At the chilling ending of a tale there is no release. The room drops into a profound encounter with the “OTHER”. The horror “HAPPENS” to them. Oh yes, I get carried away. Yes, the stories are bizarre. Yes, people get scared! Here you can hear it. Sure, I bring ‘em back into the room, but not back unchanged”.

Jeff Gere is one of Hawaii’s leading storytellers; he has managed to make a livelihood out of his passion. In this first volume of a series to come, Gere shares nine tales with occasional hair-raising impact (five dwelling on the intimidating Madam Pele), depending on when and where you listen to them. “The Man Who Met Pele” is crammed with drama, emotion, fear and suspense, and it access and success are partly hinged to our fascination with the volcano goddess.

The tales embrace the myths and legends we’ve all heard or experienced before,in one form or another, involving sharks, ironwood trees, kahuna, and more. Gere, born on Halloween, has a gift of creating mood and mystery through his voice and inflection; the tales tap longstanding beliefs, or rituals, that you’re advised not to try (because you’ll get bad luck or infuriate ‘aumakua, ancestors, or gods that might assume the shape of sharks or other species).

Music by keyboardist Les Adam and percussionist Sandra Lee Akaka embellish two stories. The format is sometimes a tad too biographical but is uniformly conversational (with occasional audience applause), yielding a live-in-concert flavor.

Jeff Gere came to Hawaii in 1982 to study Asian Mask Theater. He has since established himself as a storyteller, puppeteer, and teacher. In 1987 he became the Drama Specialist for the City and County of Honolulu. As such, he created (1989) and directed the “Talk Story Festival”, Hawaii’s largest and oldest storytelling celebration until 2015. Lots more at www.jeffgere.com